Health equity is one of those “wicked problems.” We want to solve it, but it’s bound up tightly with other problems: namely, poverty and ethnicity. Social gender imbalances play a large role as well. It’s staggering that the suicide rate amongst young girls in the United States has increased 30% since 2000 according to the Centers for Disease Control and Prevention. Further, the World Health Organization reported in 2014 that low income countries experience higher suicide rates than their wealthier counterparts.

These facts and figures show an intersection between ethnicity, poverty, and mental health that deserves a closer look. This is especially necessary as cities continue the upward trend of multiculturalism and ethnic diversity. How might children from different cultures benefit from urban green spaces and similar healing environments?

One study I undertook revealed that, amongst the adult population, black and minority ethnicity (BME) groups in the UK (groups that also measured poorly in health) were much more susceptible to the quality and accessibility of urban green space. Another study by Rosemary McEachan and colleagues, published in The Lancet Planetary Health, looked specifically at minority children in Bradford, UK and found the positive effects of urban green space on wellbeing also differed by ethnicity. Higher levels of green space were associated with fewer behavioral difficulties and greater pro-social behavior among south Asian children only; no such effects were found for white British children. As we move toward more urban greening in our cities, as a society we should be keen to incorporate the poorer and more ethnic neighborhoods into these biophilic plans.

There are also gender differences to consider. What should a green space for BME girls look like, given cultural limitations on their public mobility and restrictions on mixing with boys? To have truly ‘free-range’ children – who can move independently – is important in the health equity debate, but the design response needs to respect our cultural differences and provide for appropriate spaces for children of all ethnicities. 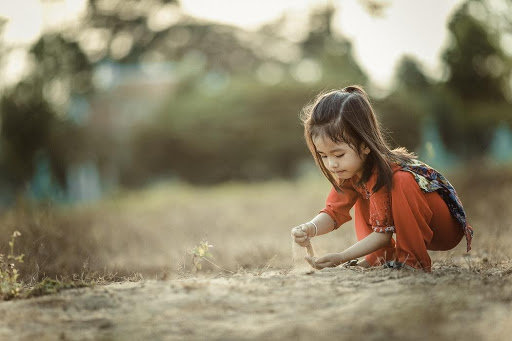